What would we have included if we wanted to write a guideline for those who have the wish to intervene in foreign exchange rates but who do not have the adequate experience, but at the same time want to do it right? Taking into consideration today’s circumstances in Turkey, I would have listed these:

2. Be transparent; never hide the balance sheets of your central bank. Do not suddenly start at one point hiding the data you have been regularly issuing from the public. Do not hold off-balance sheet assets or liabilities; don’t go that road. Don’t forget everybody is able to see everything. Publish the purchase and sale data of foreign currency even if they are late.

3. Moreover, don’t attempt at balance sheet window dressing. Do not try to show an artificially inflated reserve. Do not go into careless window dressing like swap with nonconvertible or weak foreign currency types and those country currencies that do not have any weight in foreign trade.

4. As long as you are transparent and accountable, you can highlight “all the reserves can be used” emphasis. Do not forget that the intervention power of the central bank starts with its reputation in the market not with its reserve. If a central bank has a low reputation then its reserves become questionable.

6. During a period when the demand for foreign currency increases either because of  needs or speculative motives, do not join the market as a “new customer” by collecting foreign currency from the market through swap, do not give the message “I want more foreign exchange reserves” by increasing the limits of banks.

8. If this pressure stems from economic reasons, then instead of holding the exchange rate, let it go and wait for it to reach a balance.

9. Squeeze the Turkish Lira in your own market conditions. Do not drag it to the field of capital control measures and not to introduce bans in swap, repo, depo and loans with Turkish Liras. This will create the concern that the turn will come to foreign currency restrictions. By making bypasses you would make things worse.

10. If you are in a floating rate regime, do not directly intervene in foreign currency. If you are intervening into foreign exchange markets through several ways and methods while in the floating rate regime then you are announcing the world that you have “fear of floating.” This does not make things better; it makes them worse. If there is a dollarization tendency then you would actually be encouraging the foreign currency ambition of residents.

11. The dilemma of direct intervention for a central bank is that the exchange rate may not fall as you sell foreign currency, it may rise on the contrary. This tells you that you are making a mistake at one point in your monetary policies. For an example to this, take a look on the Central Bank intervention in January 2014. It sold 3 billion dollars but was not able to pull down the exchange rate 1 kurush.

12. With a wrong foreign currency intervention, you would show those in the market who are not even buyers, the demand for purchase. Showing a powerful demand to all players means calling all the sharks to the beach.

13. When should a Central Bank enter the market and intervene in the foreign currency? If the exchange rate margins of the buyer and the seller develop a gap or if one of the sides is not present in the market then it should interfere to make the market function. This actually means extremely volatile market conditions.

15. Do not ever let your foreign currency rate policies fall to “second hands.” Do not run it through other organs. This causes loss of credibility. Do not forget that it is one thing that the central bank sells foreign currency, it is another thing when a player in the system to sell it through a broker - even if it is a public bank. Don’t lose your influence. Do not forget selling second hand will cost you more, it will cost you extreme losses in reserves.

16. A central bank executive will never show his or her hand. At a time when the exchange rate is increasing and reaching “overshooting levels” by extreme fluctuations, the central bank signals with a sale of three to five million dollars. To appear and say “I am here” at the right time and the right place is always very effective. Before doing that, the executive would have asked herself/himself “Have I adopted a proper monetary policy to protect the Turkish Lira?” And he or she would have definitely come up with the internal answer “Yes.”

17. Any central banker, no matter whether it is the fixed exchange rate system or the floating rate regime, would definitely know no intervention should be done to defend the exchange rate level. Especially not when on one hand the money is pumped to the market and banks are encouraged to give loans, on the other hand, considering it is a defense to sell the money printed by other central banks. Do not forget this is the basic rule in the lesson “Central Banking 101.” 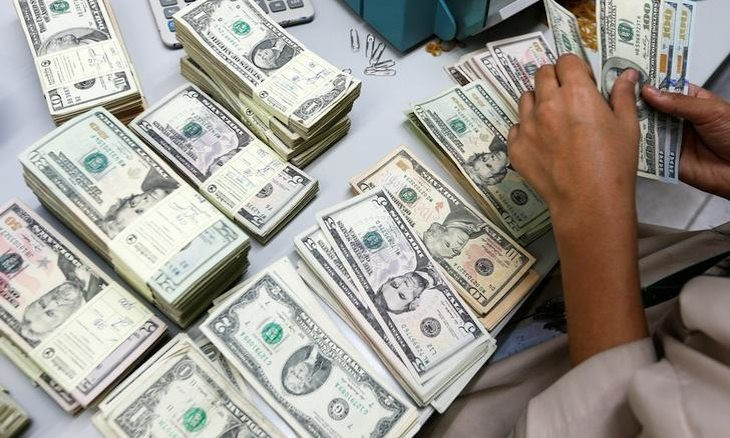